Songs for a July Theme Unit

Song suggestions for the month of July. 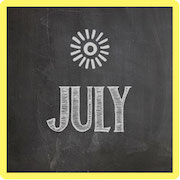 The songs on this page are compiled from a variety of different artists and albums. We have grouped them together to help you narrow your search.

Holidays for the Month of July

- Jack Hartmann
Strike up the Band