These Canadian songs are available from a variety of albums:

See also:
Canadian Folk Music– Compiled by Michael Mitchell
The Maple Leaf Forever, The York Boat Brigade, Feller From Fortune,
Bound Down for Newfoundland, Rolling Down to Old Maui, Star of
Logy Bay, Squid-Jiggin Ground, The Ryans and the Pittmans, and
The Greenland Whale Fisheries

Folk Music and Folk Life in Canada– A Musical Essay
by Michael Mitchell
The Bluenose, Log Driver's Waltz,
The Island (Now the official song of Cape Breton, Nova Scotia),
and the Canadian adaptation of Woody Guthrie's
This Land is Your Land." 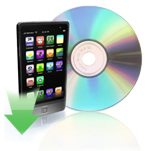